@EarthRoverBot is in the final stretch of a journey from the edge of Maine to the US/Mexico border. The bot is entirely virtual, and the trip is powered by Google's Street View data. It takes a step forward every 12 minutes. It has a location and a bearing, and if there's valid Street View data in that direction, then it moves forward. If there isn't data, it adjusts course until it finds a way to continue. With each step it sends the image to Twitter.

The bot can be controlled via commands sent through tweets, but mostly it runs on autopilot, with a simple algorithm that it uses to work its way towards the border crossing in San Diego. At some point in the next few weeks, the bot will send an image that looks something like this: 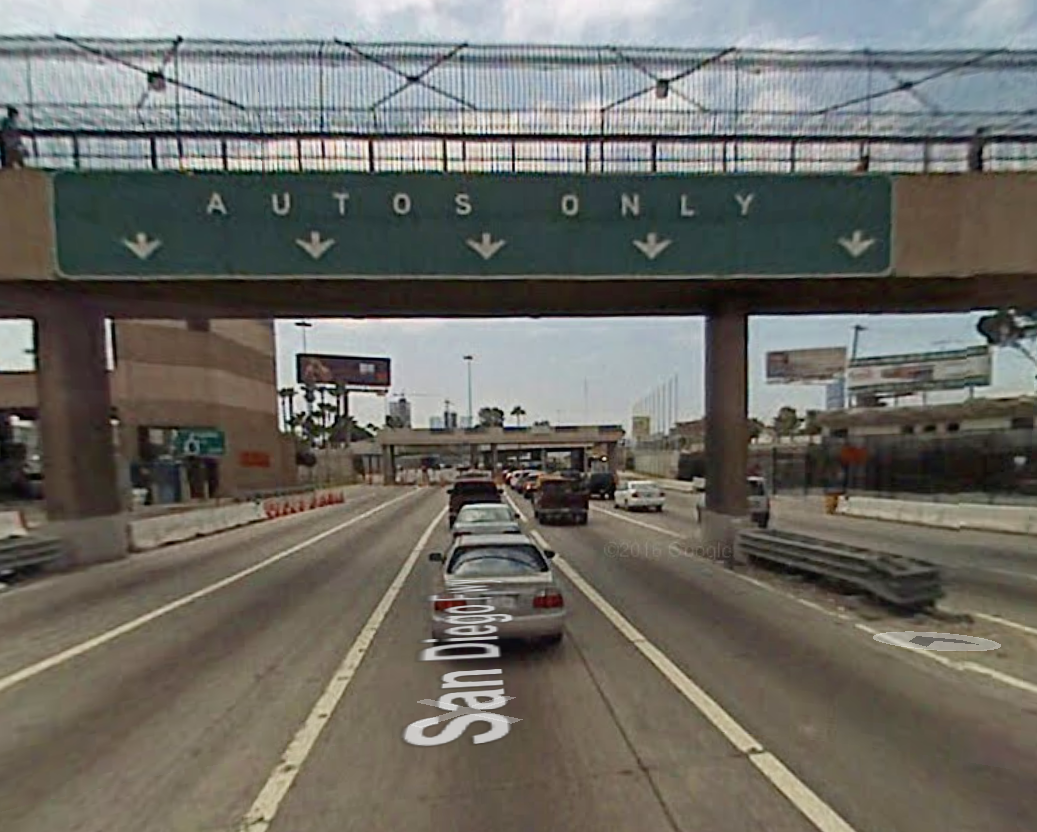 And the trip will be done.

Of all the bots I've made, I think this one is my favorite. I love the experience of a slow, meditative journey, without using a map, getting stuck in unusual places, finding dead-ends and the insides of buildings in places where the data is weird.

Also, while the bot is basically automated, it can accept human commands, so people have been able to control the course of the bot. In fact, it never would have made it as far as it has without help from people.

At the same time, thanks to the use of Google Street view, the journey represents a fairly bizarre version of a road trip. Everything that you are able to see has been dictated by largely commercial needs of a gigantic company. It's almost always sunny in the world presented by Street View, although sometimes seasons will change without warning. There's very little traffic, you never see an accident or weather. The trip is largely devoid of visible people. The quality of light is almost constant – it's always the middle of the day and the sun is usually out. Over days or weeks, the color palette changes in subtle ways.

When I made the bot, sending it from one corner of the country to the other seemed like a fun and fairly innocuous idea, but it spent an entire election season barreling towards a border that defined so much of the election, and now it's impossible to avoid the feeling that driving something towards a destination like this is inherently political.

Here's a moment with a collection of images from the journey:

Here's a map of the final leg of the trip: 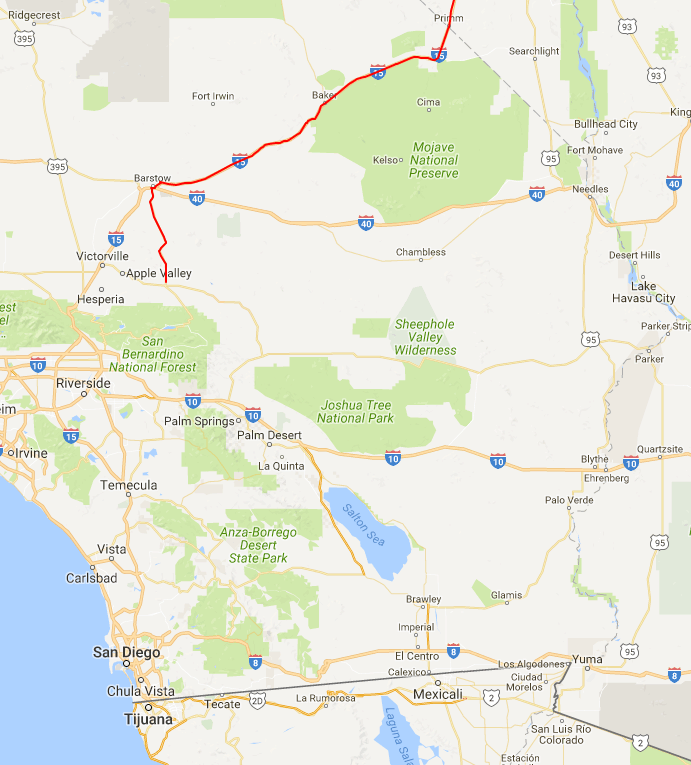 I do have plans for the bot after it has finished this trip. I might add the ability to jump to specific locations, or I might just start another trip between two other points. I've thought about making a web version, and I'll definitely release the source code for the bot.

Here's a video of the trip of the bot. I took every image is posted to Twitter, filtered out ones where the bot moved fewer than 10 meters, then composited them down to a few thousand frames, then turned that into a video. I'm still experimenting, so I might come up with something more interesting in the future.