People who have been online for awhile probably know that the website for Space Jam, a movie from 1996, is online still, and is essentially unchanged: 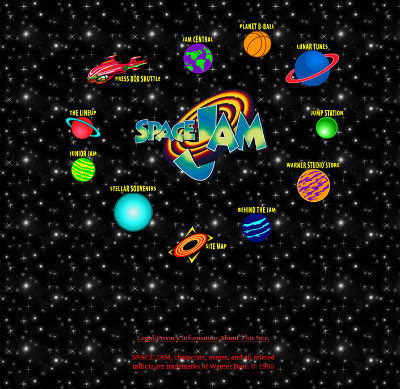 (If you don't know what I'm talking about, you can read about it here.)

At the end of 2010, someone noticed that the website was still online. Before I did a little research, I was convinced that people must have realized this before then, but Google suggests otherwise.

Anyway, here's an article that summarizes how it all happened, basically some Reddit user noticed, the word spread, and then it went viral on Twitter.

I haven't seen this mentioned anywhere, but according to the headers for the website, there were actually some modifications of some sort in 2005:

It's possible this was just a server move or something like that, but it's interesting to think that someone actually did some maintenance of some sort on the site.

I enjoy visiting the site, especially when I get nostalgic for the early days of my work on the internet. There are so many projects which I've worked on over the years, and a lot of them are gone forever. It's nice to see one that has managed to survive.

Furthermore, because I am apocalyptic, I wrote @spacejamisdown, a bot which checks the status of the website every few hours, and will only report if it's not online:

With a little luck, this bot won't tweet any time soon.